By Olivia J. Scott for Woman to Woman

“The greatest fear of perfectionists is to be flawed and their ultimate goal is perfection.”

There are a great many of us who don’t care much about whether Sunday falls on Monday, or ending up South when our intention was to go North. If Sunday fell on Monday, we take that as an extra day to stay at home and rejoice because it would be a shorter work week ahead. Or, if we ended up South when we should have arrived North, we calmly turn around and head for the other direction. Not so for perfectionists.

A perfectionist would be damned that things went awry and beat up on him or her self for not “doing it right.” And, he or she will try and try, relentlessly, to perfect their imperfection.

Procrastination, depression, low productivity, for example in the workplace, or, in relationships, unrealistic expectations, are amongst the common indicators of a unhealthy perfectionist personality. Perfectionists are also plagued by marked manifestation of anxiety, depression, and low-self esteem.

“Perfectionists may be workaholics who cannot relax; people who reproach themselves for days after the smallest error, such as a word out of place; the person so intent on finding the perfect mate that they never settle down; the procrastinator; the finicky person; and so on. Perfectionists tend to be exceptionally sensitive to criticism.” (reference.com)

This is not to say that anyone who displays these traits is a perfectionist. We may do ourselves a great injustice if we run away judging people’s personality based in our non-expert perception of their thoughts and actions. In cases like these, a psychologist can better able make the diagnosis.

Perfectionism fuels drive, motivation, and perseverance. These traits lend to perfectionists’ ability to deal with discouragement and overcoming obstacles. They are usually meticulous, with an eye for the details necessary for scientific investigation, and more often than not are high-achievers. According to the Enneagram Personality Scale of 1-9, perfectionists are ONES.

One: Reformer, Critic, Perfectionist. “I do everything the right way”. This type focuses on integrity. Ones can be wise, discerning and inspiring in their quest for the truth. They tend to dissociate themselves from their flaws, perceived or actual, and can be hypocritical and hyper-critical of others. The Ones greatest fear is to be flawed and their ultimate goal is perfection. Their “deadly sin” is anger and their “holy idea” is Holy Perfection.

If you are a perfectionist, you might be delighted to know of Famous Ones: George Washington, Abraham Lincoln, Hillary Clinton, Colin Powell, Confucius, and Ayn Rand.

It is believed that Michelangelo was successful in creating his many masterpieces because he was driven by perfectionism. If this is the case, perfectionism does have its upsides. 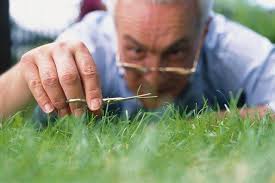 “In a positive form, perfectionism can provide the driving energy which leads to great achievement. The meticulous attention to detail, necessary for scientific investigation, the commitment which pushes composers to keep working until the music realizes the glorious sounds playing in the imagination, and the persistence which keeps great artists at their easels until their creation matches their conception all result from perfectionism.” (Roedell, 1984).

Again, perfectionism can be good as long as it is type A, Perfectionist Striving. It is when the perfectionism affects daily living and becomes inimical to the person’s development and success, both personally and professionally, that it needs to be seriously addressed.

* accept self as a human being
* forgive self for mistakes or failings
* put self back on the wagon immediately after falling off
* accept that the ideal is only a guideline or goal to be worked toward, not to be achieved 100 percent
* set realistic and flexible time frames for the achievement of a goal
* develop a sense of patience and to reduce the need to “get it done yesterday”
* be easier on oneself; setting unrealistic or unreasonable goals or deadlines sets you up for failure
* recognize that the human condition is one of failings, weakness, deviations, imperfections and mistakes; it is acceptable to be human
* recognize that one’s backsliding does not mean the end of the world; it is OK to pick oneself up and start all over again
* develop an ability to use “thought stopping” techniques whenever you find yourself mentally scolding yourself for not being “good enough”
* visualize reality as it will be for a human rather than for a super human
* learn to accept yourself the way you are; let go of the ideas of how you should be
* enjoy success and achievement with a healthy self-pride, and eliminate the need for self-deprecation or false humility
* learn to enjoy success without the need to second guess your ability to sustain the achievement
* reward yourself for your progress, to reinforce your efforts to change even when progress is slight or doesn’t meet up to your idealistic expectations
* love yourself; to believe that you deserve good things
* to eliminate unrealistic expectations and the idea that you are infallible
* visualize yourself as “winning” even when it takes more energy, and more perseverance, than what you had planned
* let go of rigid, moralistic judgments of your performance and to develop an open, compassionate understanding for the hard times, obstacles and temptations
* be flexible in setting goals and be willing to reassess your plan from time to time to keep things realistic
* be open to the idea that you will be successful in your efforts to change, even if you are not “first,” “the best,” “the model,” “the star pupil,” “the exemplar” or “the finest”
* realize that the important thing is to be going in a positive direction

Are you a perfection freak that drive non-perfectionists crazy because you’re always paranoid about getting it right? Or are you a laid back, go-with-the-flow kind of person who doesn’t care about dotting your I’s and crossing your T’s? LEAVE your COMMENT below.

4 thoughts on “As Perfect as a Perfectionist”