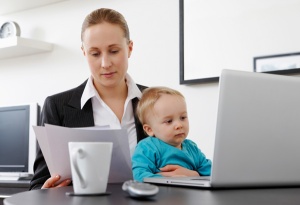 “As humorous as that may sound, our men are faced with what could be the biggest threat in the whole of their existence. It’s not the proliferation of nuclear weapons, or a possible World War III, or an inability to be a man, it’s us—women.” (womantowomansite)

Think about the following for a moment.

“Your father used to bring home the bacon, but now your wife is bringing home not only the bacon but the pig. Besides that, she owned two pigs before you married her. She doesn’t want any bacon from you; she already has bacon. If both husband and wife are now bringing home the bacon, then who’s the provider? That’s a problematic question for men. If both are paying the mortgage, then who’s putting the roof over their heads?”

Your father says, “Put her in her place.” You say, “But the place belongs to her.”

As humorous as that may sound, our men are faced with what could be the biggest threat in the whole of their existence. It’s not the proliferation of nuclear weapons, or a possible World War III, or an inability to be a man, it’s us—women.

There has long been a paradigm shift in the roles of men and women. There is heightened conflict over what really is the man’s place in society, the conflict being more palpably evident in the First institution—the family.

The Women’s Liberation Movement, and the relentless clamor for female independence, does not help the shift, and is feared by many men and anti-feminists as a dreaded threat to the world’s manhood.

“In many ways, the woman has taken over not only the man’s traditional role of provider, but also that of protector. She has mace, she has a gun in her purse, and she has a cell phone to call the police instantly. So what does the man do? He says, “I’m your protector,” and she says, “I don’t need you to protect me.”

The traditional acquisition of ideas and roles of manhood, by sons, from their fathers, has become practically extinct, since more than enough households are now matriarchal, demonstrative of the role-shifting. The man is hardly anywhere to be found!

Though pleasurably immersed in the independence they fought for, women complain bitterly of men not taking up their roles and responsibilities as fathers and husbands. But women have to ask themselves “How did we contribute to this frowned upon escape phenomenon, so evident in our neo culturalism?” Added to that eye-opening question, perhaps, a few gentle proverbial reminders that you cannot expect to “eat your cake and still have it.”

Have we in fact and in truth, by our actions and contemporary beliefs of our roles, confused men, having them doubt their manhood, their abilities, their potential for contribution, their own roles and functions, and their place in the lives of their women and children?

We call for men to be “responsible,” but we are guilty of displaying selfish double-standards by being, consciously or unconsciously, irresponsible when we present ourselves as all-capable and self-sufficient? With this attitude and approach, we defeat the roles men are ready and willing to play, even before they try. However, while a degree of solipsism may be allowed for both men and women, and while the man is inherently regarded as the head of the home, it is unnecessary to evoke a superiority-inferiority divide.

Gender equality advocates would call this “equality.” Call it what you may. Others may call it a “partnership,” two partners, one ship, one man, one woman, one head. Here is where the misconception may have started, though. Being designated “the head” of the household does not mean that men are the bosses of women, or that women are inferior to men. At some point, and in various matters, men vis-à-vis women each have functional advantages over the other. The superiority-inferiority complex has to be laid to rest, as it is the foundation for relationship and gender conflict.

A cultural twist and the cultural dilemma

Men don’t only need acceptance, they need to feel loved, respected, and valued. But “The independence of women is diminishing men’s traditional value to them.”

On the flip side, “Some women wonder, “How am I supposed to be submissive when I make more money than my husband, and the house and furniture are mine?” In other words, she’s saying to the man, “You have to earn the right for me to submit to you by giving me something I haven’t already given to you.” That’s a tough statement for a man to hear. So the man says, “Well, I can’t give you anything because you owned more than I did from the beginning.” How does a woman submit to somebody whom she believes she is supporting? It’s a difficult situation for both men and women. But it’s the world we live in.”

“It’s a different world. Men don’t know what they’re supposed to do for women anymore.”

But men can counteract the stance taken by women not through frustration or retaliation, but by re-strategizing.  They should change their thinking by viewing their identity and purpose as not based on roles. They can adopt a new consciousness of who they are and what determines their manhood, avoiding societal trends to confuse them or influence their understanding of themselves.

“Men therefore need a God-given identity if they are to fulfill their true purpose….Once more, we must realize that when men are ignorant of their true identity, it affects not only their callings and fulfillment, but also that of their families and of society as a whole….I believe if we don’t address the male’s identity crisis, our whole generation is in trouble. There’s no escaping this fact.”

The above was inspired by the book Understanding the Purpose and Power of Men, Dr. Myles Munroe.

When a Man Loves a Woman

We Are Not Intimidated by Independent Women

Why are so Many Black Women Single: The Story that Hasn’t Been Told

If you use any of our articles or quote from them, please remember to give us the credit

5 thoughts on “A Crisis of Roles: Understanding the Power and Purpose of Men”